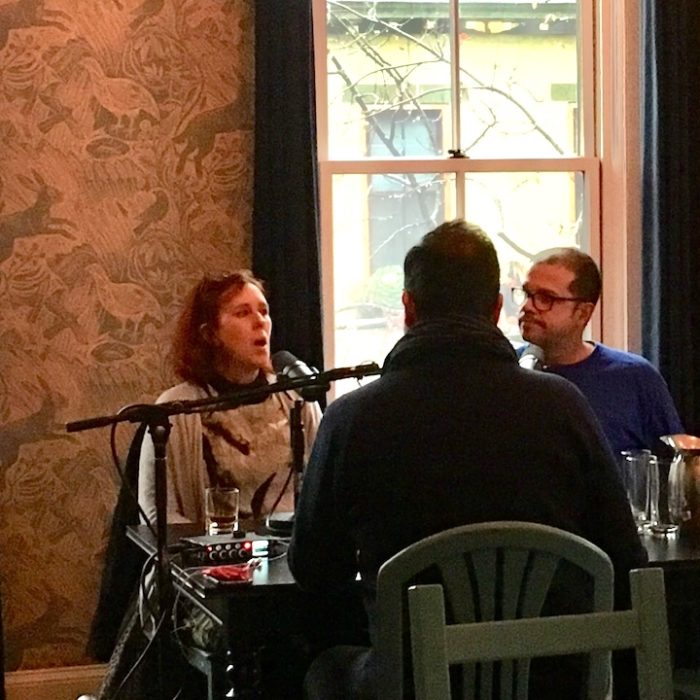 There’s a lot of talk about immigration right now. 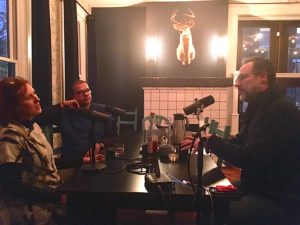 In fact it’s become one of the central hot-button issues in our political discourse. But studies have shown that cultivating relationships with people from other cultures and races has a significant impact on one’s politics. Personal stories are important, now more than ever, and this episode shows exactly why.

Anne-Marie Herrera and Luis Laya immigrated to the United States seven years ago after a violent episode involving their nine-year-old son. For reasons they discuss in detail in our conversation, now they couldn’t go back even if they wanted to. Living in Venezuela, both Luis and Anne-Marie had established careers in well-paying fields. Luis is an oil and gas technology engineer and architect by training. Anne-Marie is a biologist and field ecologist who started and ran an NGO. But leaving Venezuela meant leaving not only their jobs, but the associated security and status behind. For them, it was a question of necessity.

The human face of the immigration debate

Think about the work you do, the time you’ve invested in learning your trade or craft or field, the education, the experience, the time you’ve spent working your way up the ladder. Then imagine that all disappearing because you’re forced to move to a new place. Imagine starting over at zero with no acknowledgement of the time and effort you’ve expended, or the expertise and mastery you’ve developed. Imagine what that would do to your sense of self.

We talked with Anne-Marie and Luis about these questions, and about their inside-view on the immigration question. As we discuss these issues in theory, in the safety of our homes, it’s important to recognize that this is the face of immigration. This is why people leave: not for convenience, not to “take someone’s job,” but out of necessity. You don’t leave uproot your family, and risk never seeing your child again, out of anything except extreme need.

Keeping up hope in the face of adversity

And yet, through it all, somehow Luis and Anne-Marie have never despaired, never given up hope. When asked how they kept going, kept believing things would get better, they say giving up hope was never a thought, never an option. It’s a lesson those of us in more comfortable circumstances would do well to learn. And so, far from giving up and giving in, they’ve continued to dream, to work, to build. From starting out in America with $9 and a suitcase, Luis worked as a handyman, took a job as an apprentice mold-maker at a local pottery studio, did odd jobs, and did what it took to get by. Today he’s a mold-maker at the historic Rookwood Pottery Company in Cincinnati.

Marie took a job as a checker at a Meijer supermarket. Leveraging her bilingual skills she found jobs native English speakers couldn’t fill. Today she’s a bilingual account lead at National Band & Tag company. Through it all, Anne-Marie and Luis have held on to the idea that their work is not who they are. We talked about how Venezuelans approach their work, and the challenges of cultivating an increasingly schizophrenic identity as both Venezuelan and American.

We also talked about the ways in which traumatic experiences change you for good. Sometimes we think about “getting back to normal” when things calm down. But those who’ve been through prolonged challenges understand that there’s often no “getting back to normal.” Instead we work to find out who we are now, and how to find a future in the “new normal.

For Luis and Anne-Marie, that new normal is all about cultivating vibrant experiences of community and connection. And for them that means food. Luis has worked with his old Core Clay partner James Payne to develop FireLab, a new concept in food and community, involving a custom-engineered outdoor grill they call “The Dragon.” It’s a high-temperature convection oven with a “plancha” grill capable of cooking anything you can imagine, in ways you’ve never dreamed. Anne-Marie and Luis are increasingly bringing Firelab to events, parties, and community gatherings, not only to share their own amazing creations but also inviting other chefs to experiment with this new method of preparation.

Unfortunately it looks like climate change and increasingly unstable political climates will only lead to more displaced peoples and greater population movement around the globe. Those looking to close borders and judge “immigrants” from a distance would do well to take a lesson in perseverance from people like Anne-Marie and Luis. None of us ever know when we might be looking for shelter from the storm, and for a kind face to take us in. Here’s hoping we encounter more people like Luis Laya and Anne-Marie along the way. And here’s raising a glass to their success in the mean time. 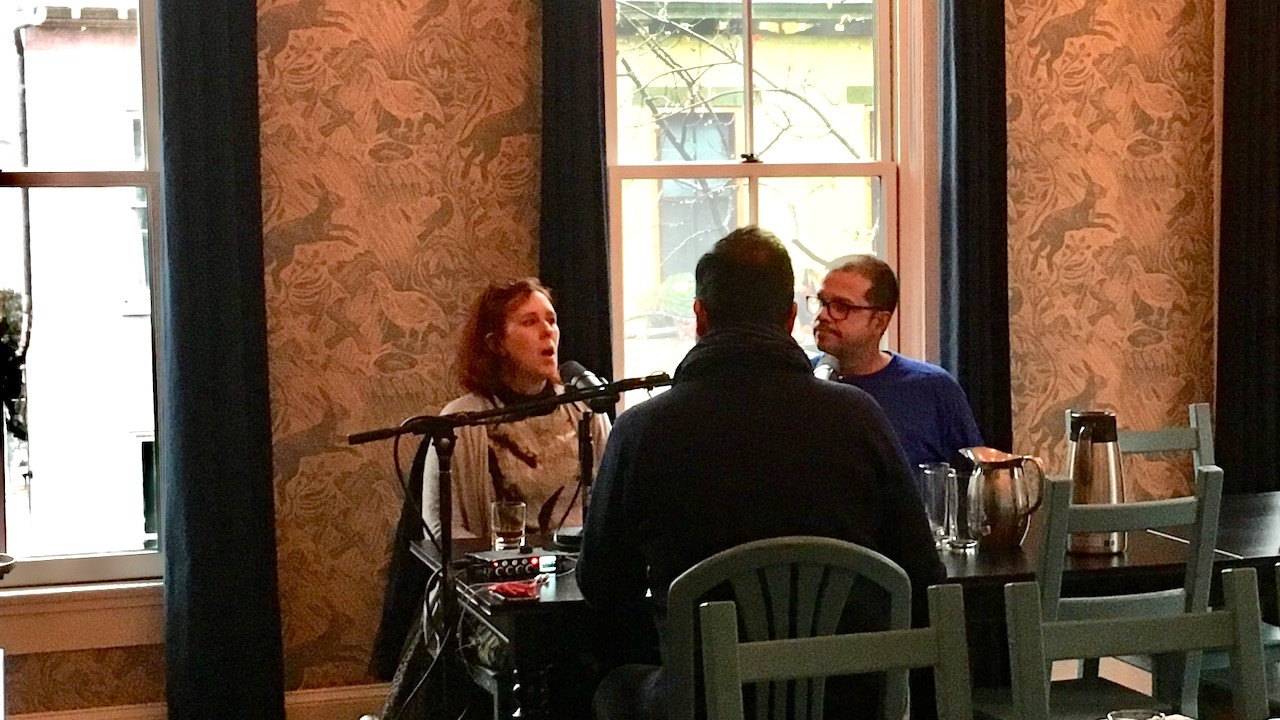 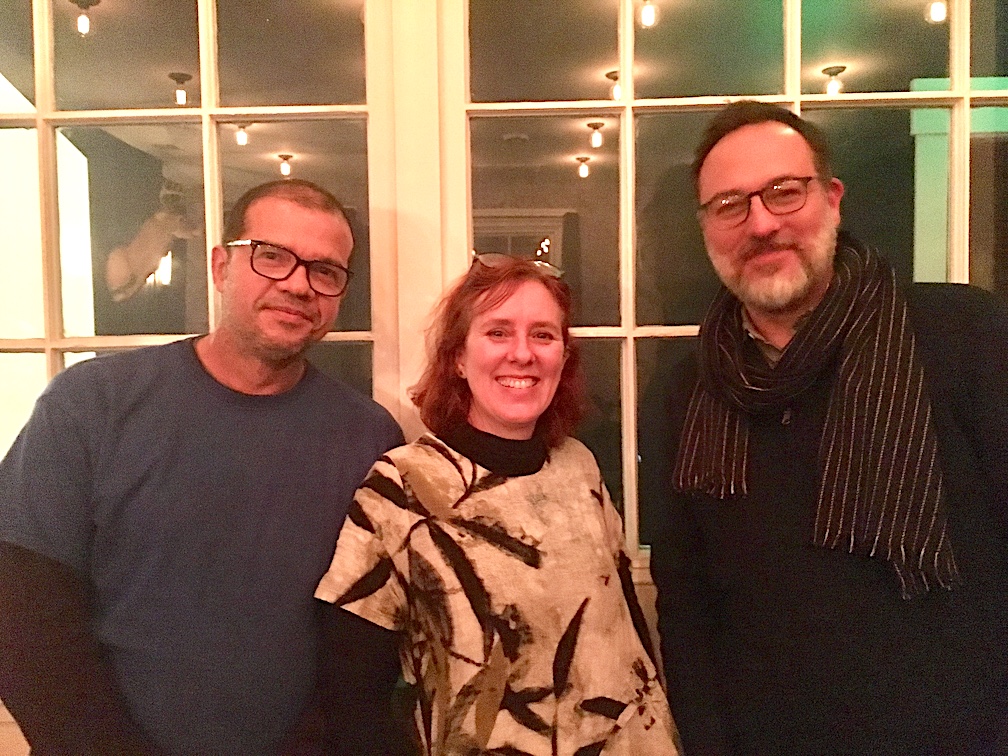