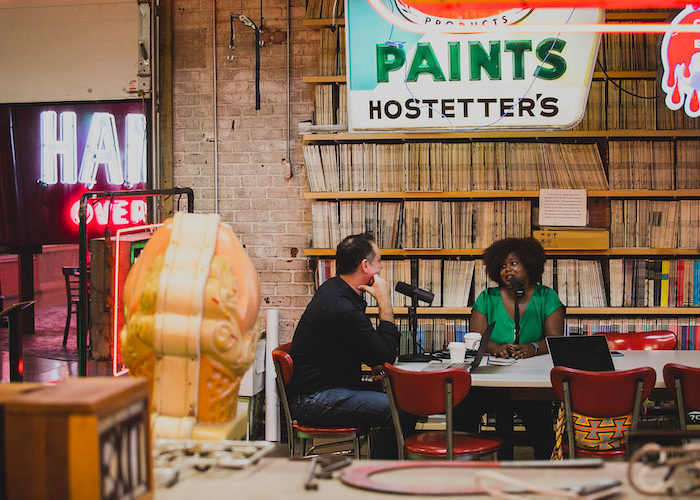 In fact, that’s even the URL of her website, LunaIsAmerica.com. And she should know, because she’s seen a lot of it. Luna Malbroux grew up in Louisiana, attended college in New York, and settled in San Francisco to begin her career. And what a career it’s shaping up to be. Part social worker, part diversity & inclusion specialist, Luna’s early experience as an actor is now coming to the fore in her work as a comedian, writer, and playwright. But to her it’s all of a piece, and it’s all with the goal of broadening the conversation around race, politics, and identity in America.

Luna now lives with her wife in Cincinnati. The opportunities may be fewer, not being in the epicenter of progressive thought or the hotbed of comedy. But living in the Midwest, among a potentially more conservative audience, forces her to think more critically about the issues she deals with. She sees that as a positive, and a way to ensure her material is not just created and performed in a bubble. From her play “How To Be A White Man,” to the EquiTable app she designed, Luna’s work is challenging, engaging, and hilarious.

At a time when the conversation around racial politics is increasingly fraught, Luna’s approach is accessible without letting anyone off the hook. It’s a powerful mix that people are starting to catch onto. And it seems likely we’ll be hearing Luna’s name a lot more in the future. We certainly hope so.

Photographs for this episode, from inside the American Sign Museum workshop, by Angie Lipscomb Photography.