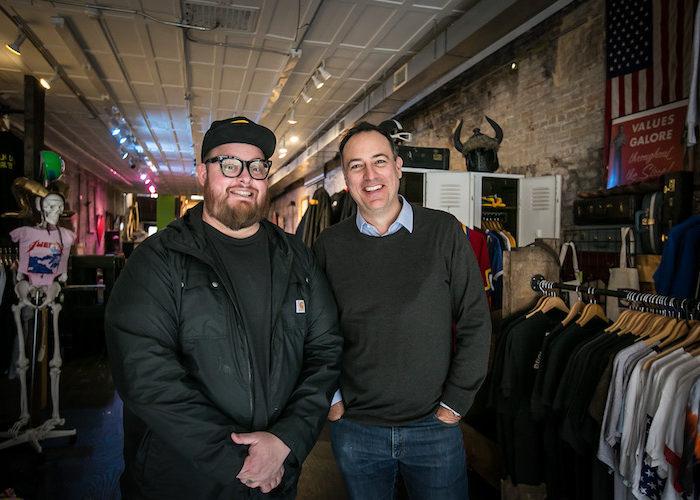 Jason Snell Wants You To Feel It.

Bob Dylan once sang “The country I come from, is called the Midwest.” For a creative professional, sometimes working in the Midwest really does feel like another country. Finding a way to stand out in your field can be particularly difficult if you’re not on the coasts or in Chicago. But where others find challenge, Jason Snell finds advantage. Having worked for the big clients, and worked in places like Austin and Seattle, Jason has found his place in the community of design and music in his home state of Ohio.

Jason is a pure creative. A kid who started out sketching Star Wars pictures, Jason now has his hands in art, design, video & motion graphics, music, and more. For a lot of creative people, balancing the demands of client work and personal artistic work is a struggle. But Jason seems to have mastered the balance of his personal and professional priorities, and that balance is instructive for those of us struggling to find it.

Designing, for the future.

Snell originally graduated from DAAP (The University of Cincinnati’s College of Design, Art, Architecture, and Planning). He recounted the early days of honing his craft, working on side projects while holding down the corporate day job. Eventually those side projects became significant enough to turn into his own business, the boutique agency We Have Become Vikings. Last year he sold WHBV to BLDG, where he’s now a Creative Director. He says he enjoys not having to worry about things like payroll and accounts payable, and focusing on creative work.

Jason also describes the inevitable effect of time on his work, and the transition from young-up-and-comer to (dare we say it) elder statesman. These days he enjoys mentoring younger designers, sharing what he’s learned and seeing them grow in confidence and ability. Jason is as visible as ever in the design community. His recent work in the BLINK festival is just another example of the cross pollination of design, media, community, and vibe that makes Jason Snell’s work unmistakable.

Quick note on photos: Sometime between recording the interview and taking this episode live, the image files of the actual session were somehow corrupted. These things happen. Angie Lipscomb was kind enough to get a photo of Brandon and Jason together, but the photos from the CAC, of the actual conversation were lost. Thanks to both Angie and Jason for making time to get some additional photos for the post!
Like/Share This!
Comments are closed.