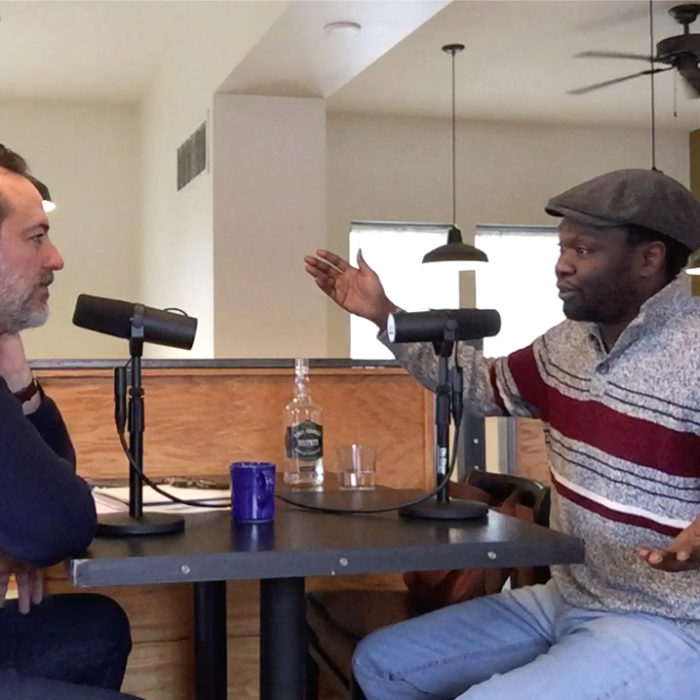 Yemi Oyediran is full of surprises.

We might have expected Yemi Oyediran to immediately jump into promoting his new film, “Queen City Kings,” about the legendary Cincinnati studio and record label King Records. But to get there, we needed to talk first about how he got interested in computers at the age of nine and even at that early age knew that’s what he wanted to do for a living. When we talked about his desire to play the drums, he said something pretty similar. We talked about martial arts, and he described how as a teen he devoted himself to it completely.

In other words: Yemi takes things seriously. He doesn’t dabble, he goes deep. But that’s not to say he’s an overly serious guy. Sit down with him, as we did for an afternoon at The Littlefield, and you get the sense he’s a guy who wants to talk, and laugh, about everything. Just our kind of person.

But it would be wrong to label Yemi as a “Jack of all trades.” That phrase is usually followed by “master of none,” and that absolutely does not describe Yemi Oyediran. Whether it’s writing code, playing the drums, practicing martial arts or, these days, making documentary films…everything Yemi does, and touches, reeks of quality.

We talked about the discipline his father taught him, and how that combined with his natural curiosity. The result is a person who’s facile, deeply adept, at a surprising number of things. And a person who can speak with authority, and experience, about how those diverse interests make him a better, more well-rounded person. The one common theme throughout all his interests is his deep love of community, his commitment to his Nigerian heritage, and of his adopted hometown of Cincinnati.

Yemi is still writing code to pay the bills (and has no intention of stopping any time soon, he loves writing software). But these days he’s also making a name for himself as a documentary filmmaker. And he’s particularly turning heads with his deep research into the legacy of the legendary Cincinnati record label and recording studio, King Records.

There’s a strong argument to be made that Cincinnati is the birthplace of rock & roll, where blues and soul met gospel and bluegrass to form that most American of musical styles. And if Cincinnati is the birthplace, King Records is the mother. From some of the earliest country records, to the classic soul sound of Hank Ballard, to the funk of James Brown, King Records was one of the epicenters of American music. But somehow that story has been allowed to die. It’s not as popular or well known as the “Motown Sound” or the legacy of Sun Records in Memphis. Yemi’s on a mission to change that.

These days Yemi continues to make it all work together. He spends his days writing software, and he spends nearly all his free time teaching drums and running his production company, AfroChine, with his business partner JP Leong. For Yemi these seemingly disparate pursuits are all part of a single piece. They represent his interests, and he’s not willing to let any of them go.

Sometimes you meet people you know you’ll be hearing from for years. Yemi is definitely one of those people. This little project that started out as a series of concerts, turned into a film, and then a documentary series, has taken over Yemi’s life. But he’s got other irons in the fire, other stories to tell, and other passions to pursue. It’s obvious that Yemi’s infectious passion for anything he does, will continue to inspire others, and to serve his community.

The Distiller Podcast at The Littlefield