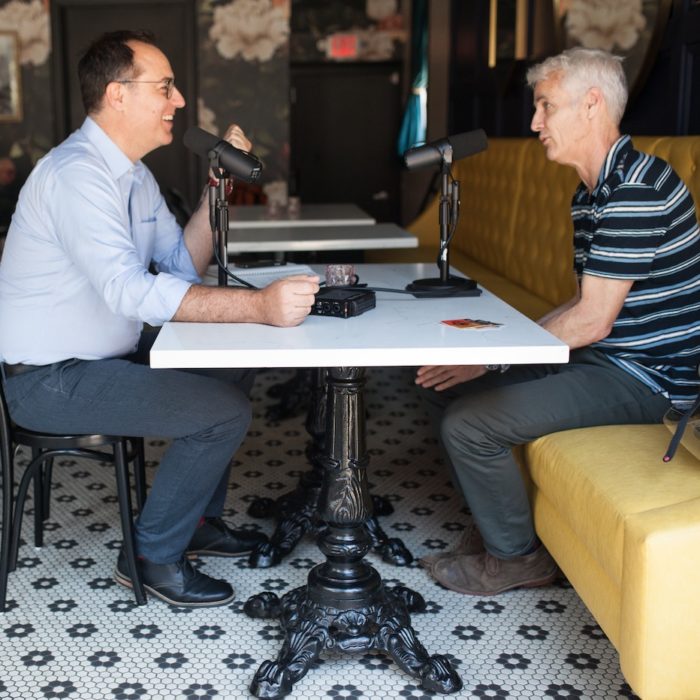 #39 – John Faherty On The Library As Cultural Guardian

John Faherty knows he has the perfect job.

After previous careers in television and print journalism, four years ago John Faherty took a bit of a left turn. Today he is the Executive Director of the historic Mercantile Library in Cincinnati, Ohio. But the Mercantile Library isn’t just any library. It’s a historic member library, one of only a couple dozen left in the United States.

As Executive Director, John works directly with the nonprofit library’s board, with a directive to make and keep the library relevant. Since taking the job in 2015, John has worked to increase membership through a seemingly constant series of events, book clubs, lectures, and performances. Recently the Mercantile Library has hosted speakers and writers including Margaret Atwood, Chuck D of Public Enemy, and (perhaps John’s recent favorite) Min Jin Lee.

The skill to make good ideas a reality

We talked with John on a Friday afternoon at the lovely Wódka Bar OTR in Cincinnati’s historic Over-The-Rhine district. Self-effacing as he is, John’s energy and enthusiasm are key to the Mercantile Library’s success, and its role as a cultural hub in Cincinnati. Only someone with his particular skills and approach could weave fundraising, literacy, events management, and politics into such a seamless piece of work. John credits his journalism background for giving him the skills to not only think of new ideas, but to make them a reality. And, as we discussed, The Mercantile Library has some built-in advantages (like a renewable ten-thousand year lease!) that make it easier to get things done.

The Mercantile Library is a beacon in Cincinnati, a center of arts, culture, and intellectual discourse. It’s a role libraries across the country have been quietly playing for centuries. But political times such as these bring its importance into sharp contrast. John and the entire staff of The Mercantile Library are doing good, important, dare-we-say “meaningful” work. Perhaps never in our country’s history has that work been more meaningful, or more necessary, than now.

Photos for this episode by Kyle Wolff.

Photos courtesy of The Mercantile Library and mercantilelibrary.com. Click on photos to see the full-sized version.